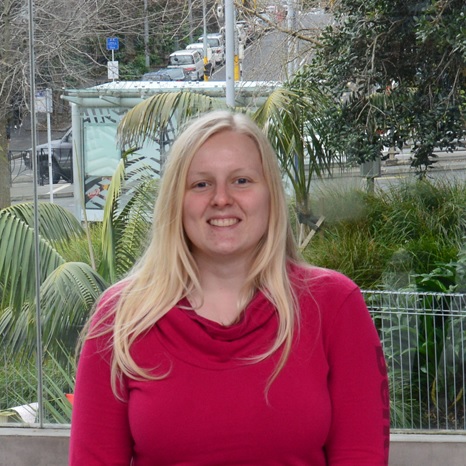 Anne Wendt is a PhD student at KEDRI under the supervision of Professor Nikola Kasabov and A/Professor Jacqueline Whalley. Her thesis explores computational brain-like modelling of cognitive processes of audio-visual information perception and processing. In particular, Anne is interested in using Spiking Neural Networks to simulate language learning and understanding using a biologically plausible model of sound and video transformation into electrical signals. Anne received a BSc in Business Information Systems from DHBW Mannheim (Germany) in 2012, and a Master of Computer and Information Sciences with First Class honours from AUT in 2015. She was awarded a PhD scholarship from AUT's School of Computer and Mathematical Sciences in 2015 to continue her studies at AUT. She serves as elected Doctoral Representative on the University Postgraduate Board, and as a board member for the IEEE Women in Engineering New Zealand North Section in the role of Treasurer. Anne has been an active member of IEEE, ACM, and several AI-related meetups for over a year and is involved in organising events targeted at women in technical fields. She is also volunteering for OMGTech!, an organisation that aims to give all New Zealand children access to technologies by hosting a variety of workshops around the country.